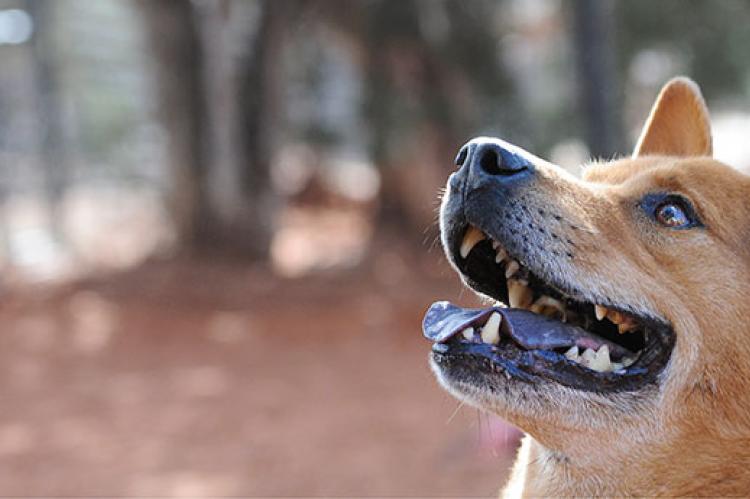 Note: Although advances in behavior science* have led to the debunking of using words such as “submissive” and “dominant” to describe a dog’s personality or emotional state, the term “submissive urination” is still widely used to refer to this particular behavior. “Appeasement” is a more accurate word, so we’ll be calling it “appeasement urination” in this article.

Sometimes dogs pee at inappropriate times. They may urinate when someone greets them or when they get really excited. In some cases, it’s just a few drops, while in others it’s a lot more. Dogs will do this in any body position. In fact, you may not even notice that the dog urinated until you see the pee on the floor.

This type of urination is fairly common puppy behavior in relation to an adult dog, so it’s not anything abnormal. If you have an adult dog, however, who suddenly starts urinating inappropriately (or has any other type of incontinence), you should see your veterinarian because there could be a medical cause.

How to stop dog marking

Strategies for dealing with appeasement or excitement urination

To minimize the possibility of this type of urination, avoid getting the dog over-excited. For example, when you arrive home and greet your dog, he will already be very excited to see you. The best strategy is just to ignore him, at first. Act calmly, don’t talk or move in an excited manner, don’t pet him and, if necessary, don’t make eye contact. Take him outside, let him urinate and, after he’s calmed down, greet him affectionately but calmly. When you have visitors, ask them to ignore the dog when they arrive.

Some dogs will also urinate when they feel anxious or threatened. In cases like this, avoid using postures or gestures that the dog might view as threatening, such as:

A less-threatening greeting would be as follows:

Keep in mind that punishment of any kind, even harsh tones, can cause inappropriate urination. Try to engage in quiet, non-threatening forms of play, and reward the dog when playtime doesn’t end in urination.

Cleaning up accidents with an enzymatic cleaner

If an accident does happen, clean it up with an enzymatic cleaner (such as Nature’s Miracle or Simple Solution), which neutralizes the odor, and some paper towels. To encourage the dog to urinate in a more appropriate place, take the urine-soaked paper towels to the desired spot outside. Don’t ever punish or raise your voice at a dog for urinating in the house.

Management of appeasement or excitement urination requires patience and time. If the inappropriate urination continues, consider seeking help from a qualified behavior professional. Inappropriate urination can also be a result of fear, separation anxiety, incomplete house-training, or an unneutered male dog’s natural tendency to mark his territory.

*For more information, read the American Veterinary Society of Animal Behavior’s “Position Statement on the Use of Dominance Theory in Behavior Modification of Animals.” 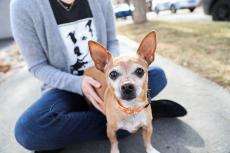 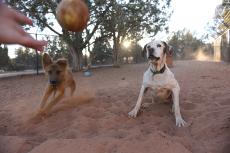 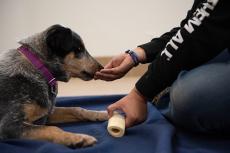 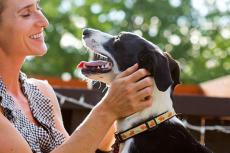