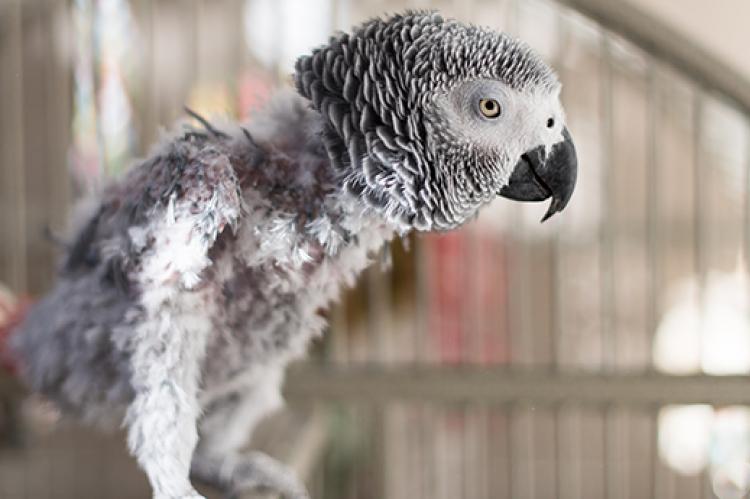 Feather plucking and other destructive behaviors are quite common in parrots. Some birds may excessively chew their feathers enough to damage them, while others resort to actually plucking their feathers out. Severe plucking can result in permanent damage to the follicles, so the feathers will not grow back. In the most extreme cases, birds will self-mutilate, causing bleeding, open lesions and infection.

The reasons for feather picking and other damaging behaviors are often complex and not simple to resolve. Though these destructive behaviors can be caused by a physical condition, in the great majority of cases, the bird plucks his feathers for emotional or psychological reasons.

A bird who already has a pattern of feather-destroying behaviors, or begins to excessively chew or pluck her feathers, should be seen by an avian veterinarian right away to determine if any health, dietary, or environmental factors are contributing to the problem. Though excessive feather chewing and plucking are not necessarily signs that a bird is ill, your first priority is to rule out illness or disease as a cause of the condition.

To prevent feather picking and destruction from becoming a lifelong habit, you must try to identify and correct the cause or causes as soon as possible. You’ll also need to monitor the condition over time to make sure that it does not worsen. In many cases, it may be possible to reduce the feather plucking, but not to eliminate it entirely.

Why do birds pluck their own feathers?

Feather plucking and destruction can be caused by anything that leads to physical distress or discomfort, and negative emotional states like fear, anxiety, boredom, depression, loneliness, and a sense of loss.

Since parrots are such highly intelligent and sensitive creatures who experience a wide range of emotions, they can be very prone to stress. The stress that causes them to begin to pluck their feathers can originate from a great many sources. Some of the more common causes of stress are described below. Please note that not all of these cause stress in all birds — every bird is different.

Simply being in captivity is a major cause of stress in parrots. To better understand the effects of captivity on parrots, consider how they live in the wild. (By the way, parrots bred in captivity are still wild, undomesticated animals with many of their natural instincts intact.) In the wild, parrots are extremely active. They live in flocks, fly many miles each day, and spend hours foraging for a variety of foods, socializing and communicating with their flock, nesting and raising their young.

By contrast, the average bird kept in captivity is far more sedentary, spending a good deal of his life confined to a cage. Many do not have the opportunity for flight, because their wings have been clipped to prevent them from getting hurt within the confines of a home. Very often, birds are not kept in groups with their own species. Depriving parrots of their natural desire to fly, forage and socialize with other birds often manifests itself in neurotic behaviors such as excessive screaming, biting, aggression, feather destruction and even self-mutilation. The following are some other factors that may contribute to feather picking and destruction.

Conditions in the home:

Any other kind of significant change:

Once a parrot has begun to pluck her feathers, it’s like biting one’s fingernails — it’s not an easy habit to break. With lots of love, care, a calming environment and sufficient enrichment activities, feather plucking can decrease, although stopping it altogether may not be likely in many cases.

Birds are sensitive to people’s emotions, and can pick up on your stress, anger and frustration. Reacting to your bird’s picking may inadvertently reinforce the behavior. To birds, any kind of attention, positive or negative, can be a very powerful reinforcer. If you see your bird picking at her feathers, and you immediately rush over and make a fuss, the bird may learn that she can get her favorite human to come over and dote on her if she picks at her feathers. So, try not to react to the plucking.

The cause or causes of feather plucking are often a series of events that occurred in the past, and clearly there’s nothing you can do about these. To help determine whether present circumstances are also contributing, watch for times when your bird appears anxious and starts plucking his feathers. Also, at various times of day, stand still close to where your bird is located so that you can hear and see what your bird hears and sees. Try to become aware of any noises or lights that may be frightening your bird or making him anxious. In general, a steady sound of machinery is much less frightening than loud staccato sounds, like hammering, arguing, or children bouncing a ball or running through the house.

The situation is not a dire one if your parrot is simply bald, partially or nearly completely, but does not ever draw blood, and if you have determined, with the help of your veterinarian, that there is no physical cause. If the feather plucking is stable and is not getting worse, then do not panic. Trying a different remedy or veterinarian every week, or a series of endless changes in diet or environment will only make things worse.

Instead, try to systematically and conscientiously improve every aspect of your parrot’s life, and to learn everything you need to know to help you accomplish this goal. You can do this by consulting an avian veterinarian, a parrot behaviorist, or a friend with many years of experience in caring for parrots, and by reading and doing research on the subject.

In brief, you can help reduce feather plucking by making sure your parrot has:

You can help to relieve the boredom and stresses associated with bird captivity by providing your bird with a stimulating environment, enrichment activities, companionship with humans and/or other birds of the same species, and opportunity for free flight in a safe area such as a bird-safe room or outside flight aviary (depending on the climate).

You might also consider adopting another bird of the same species, since many birds thrive in the company of their own kind. Pairing up birds of the same species may work better than relying on your ability to provide three or more hours of attention consistently every day for the next 40-60 years.

If your bird is plucking to the point of drawing blood, consult an experienced avian veterinarian immediately. Some medications, such as anti-depressants, have been known to alleviate severe feather plucking. In general, it’s best to avoid anti-depressants, because they do have side effects, they were not originally meant for use in birds, and their effects may be unpredictable. But, if the feather picking is resulting in blood loss, infection or other health risk, it may be necessary to consider such medication — but only as a last resort.

What to do if a pet bird is self-mutilating

Self-mutilation, a step beyond simple feather plucking, is a condition that also requires immediate medical attention. You might want to consider a holistic avian veterinarian, who can offer herbal, homeopathic or other alternative treatments. Do not prescribe these yourself, since herbal treatments that are not harmful to humans may be toxic to your bird. Strong smells and fragrances, essential oils and aromatherapy should never be used with or near any birds.

Do not re-home your parrot

One thing not to do is to decide to give up your parrot, thinking that he’ll have a better home with someone else. There is no guarantee that your parrot’s behavior will change simply by relocating him to another home. In fact, rather than solving problems such as feather plucking, being passed from home to home can often trigger them. Improving or changing the bird’s current environment is far more likely to be successful in getting him to lessen (or even stop) the destructive behavior.

Occasionally, a veterinarian may recommend euthanizing a parrot with a severe feather-plucking problem. If this happens, seek another opinion. It is very, very rare for euthanasia to be the best option. If you have done everything you can, and your bird still engages in feather plucking but is healthy and happy otherwise, simply try to accept your bird as he is and enjoy his companionship.

To read about a bird who's a feather plucker but is also a healthy, happy guy, check out King O's story. 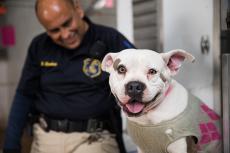 COVID-19 Resources for Rescues and Shelters 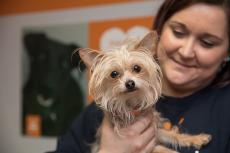 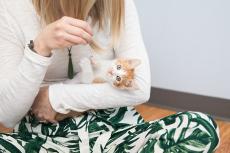 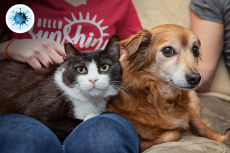 Pets and COVID-19: What You Need to Know 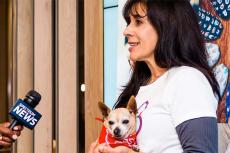 Public relations and working with the media