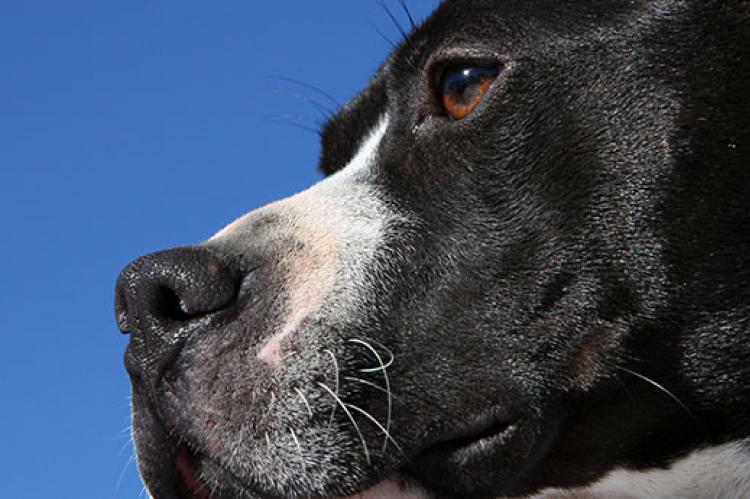 A dog attacks, and city-council members want the city attorney to react—sometimes by drafting an ordinance that restricts or outlaws a specific breed of dog, most often the maligned pit bull terrier.1 After such an ordinance is passed, authorities must then ferret out and kill any dog that slightly resembles a pit bull terrier. Prince George’s County Maryland spends approximately $560,000 every two years enforcing its ban. Miami-Dade County impounds and kills around 800 pit bull terriers a year, despite a ban dating back to the 1980s, resulting in a significant fiscal impact.2

Given the tremendous costs associated with breed-discriminatory laws — often anti-pit bull terrier laws — are they a prudent approach to community safety or a costly red herring? With passage of such ordinances comes a host of questions such as: How do you prove in court the identity of a mixed-breed dog? What sort of training do your animal-control or law-enforcement officers have regarding breed identification? If they aren’t trained in breed identification, is a veterinarian employed to determine whether a dog is a certain breed? Now that DNA testing is available, are courts going to require the government to pay for such testing before confiscating and destroying citizens’ property (i.e., their dogs)?

Effective public lawyers counsel their clients to make decisions based on research and valid statistics, not emotion. So why the modern-day witch hunt concerning pit bull terriers? Karen Delise, author of “Fatal Dog Attacks” and “The Pit Bull Placebo,” examined news stories regarding dog attacks that occurred during four days in August 2007. The results are telling:

Thus, during those four days, four dog attacks made the news — including a fatality involving a mixed-breed dog — but only the incident involving the pit bull terriers captured national attention.

Given the hype, it isn’t a surprise that public lawyers may be asked to research and draft ordinances to help stop dog attacks, with the focus frequently on banning pit bull terriers. However, a smarter approach is to examine the statistics in the community, seek citizen input and weigh the factors involved in the attacks.

3.) What factors are involved in severe attacks?

According to Delise, now with the National Canine Research Council, the fatal dog attacks that occurred in the United States in 2006 had these commonalities:

It makes sense to restrict or even ban reckless owners from owning a dog — any breed of dog — because any dog can bite. And reckless owners, like reckless drivers, are often recidivists. Creative public lawyers have already realized this.

In 2007, the city of St. Paul, Minnesota, passed an ordinance targeting reckless dog owners. St. Paul pet owners cited more than once for abusing or neglecting an animal can’t legally own another pet under the ordinance. The law targets pet owners who train their dogs to fight, puppy-mill operators and reckless dog owners. Reckless dog owners can’t register a new animal if their dogs are removed twice in a five-year span. City law requires all dogs more than three months old to have a license that costs $50 a year; the cost is reduced to $10 a year if the animal is spayed or neutered.

Also in 2007, the city of Tacoma, Washington, created an ordinance regulating “problem pet owners.” A person who commits three or more animal control violations in a 24-month period can be declared a problem pet owner and forced to surrender all of their animals.

Since Calgary, Alberta, enacted and enforced a new aggressive-dog ordinance, the city has experienced a 56 percent decline in aggressive-dog incidents and a 21 percent decline in biting incidents in just two years. Calgary does not discriminate against particular breeds of dogs but focuses on protecting the public from all aggressive dogs regardless of breed. The city’s animal-control wardens adopt a community-policing/problem-solving approach when dealing with members of the public. The focus is on stiff fines and public education. The city encourages its wardens to get out of their trucks and talk with folks. If a dog bites a person, a $350 fine is imposed; if the person needs medical attention, the fine increases to $750. There is also a $250 fine for a dog-on-dog attack or if an owner fails to license their pooch.

The most recent study compared dog bites reported to the health department of Aragon, Spain, for five years before and five years after the introduction of its Dangerous Animals Act. As with the earlier study, there was no change in numbers of reported dog bites after the implementation of breed-discriminatory legislation, and the breeds most responsible for bites both before and after the breed-discriminatory legislation were those unrestricted by the legislation: German shepherds and mixed-breed dogs. The restricted breeds — American Staffordshire terriers, pit-bull terriers and Rottweilers — were responsible for less than 4 percent of the reported bites both before and after the law took effect.4

According to Delise, 25 percent of all fatal attacks since the 1960s have been inflicted by chained dogs. Chained dogs can actually be attractive nuisances, luring children in to pet them. Many cities and some states, including Texas, have adopted chaining restrictions. Texas Health and Safety Code, Chapter 821, prohibits dogs from being tied up, chained or tethered under any of the following conditions:

Responsible dog owners should have the right to own whatever breed of dog they choose and reckless owners should be prohibited from owning dogs. It is up to public lawyers to ensure effective ordinances that protect people from any dangerous dog, regardless of its breed.

If a city or state has adopted a breed-discriminatory law, the burden of proof is on city officials to prove that a dog is a member of the targeted breed, either through preponderance of evidence or in some cases — if there are criminal penalties — beyond a reasonable doubt.

In Kansas City, a man won his eight-month legal battle with the city to keep his dog, Niko, after DNA testing proved Niko wasn’t a pit bull terrier, as the animal-control wardens had asserted. Niko was housed at animal control for the entire eight months of the court case, at a great cost to the town taxpayers. Niko, a mixed-breed dog, is now back home after the ordeal.

Breed-discriminatory laws now need to take DNA evidence and its cost into account.

Ledy VanKavage is an attorney with Best Friends Animal Society in Kanab, Utah. Formerly she was senior director of legislation and legal training, ASPCA. She also is vice-chair of the ABA Tort Trial & Insurance Practice Section’s Animal Law Committee, and chair of the Dangerous Dog Subcommittee. She can be reached at ledyv@bestfriends.org. 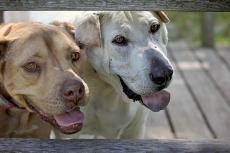 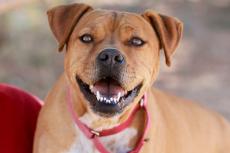 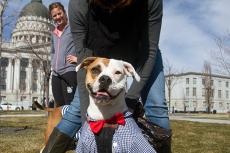 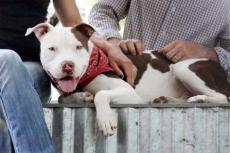 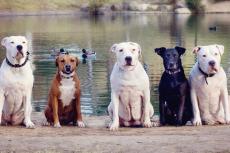