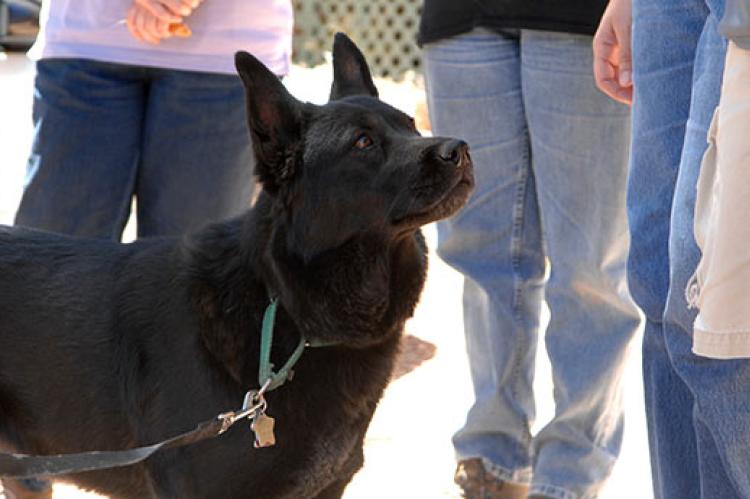 Why this cue is useful for your dog to know: Walking backward or backing up doesn’t come naturally to dogs, so it’s a skill they have to learn. It can come in handy when navigating tight spaces. It’s also a way to help dogs who do agility become more aware of their hind end.

Step 1: Stand directly in front of the dog, then prompt him to back up by taking a step toward him. As soon as he takes a step backward, click and reward him with a treat (C&R). Repeat this 4 more times and then move on to Step 2.

Step 2: Step toward the dog, and as soon as he takes a step backward, offer your hand cue, then C&R. Repeat 4 more times.

Step 6: Continue practicing varying distances until the dog will reliably continue to back up until you stop cueing and C&R. Offer your verbal cue (“back” or “back up”) immediately before your hand cue 10 times in a row, then offer the verbal cue alone without the hand cue. If the dog responds, hooray! If not, pair the verbal cue with the hand cue 5 more times, then try again.

Proofing means teaching the dog to generalize the behavior in different contexts.

Just because your dog can back up on cue in a quiet room in your house doesn’t mean he’ll be able to do it in a busy vet office. So, start practicing it with him in different places and with different people. Start off with the two of you in a slightly more distracting place than your home and gradually work up to practicing in more distracting environments. Then, you can have other people work on the behavior with the dog, too. By practicing in different places with different people, the dog can learn to back up for anyone, anywhere.

If you get stuck between steps, create an intermediate step with duration that your dog is comfortable with. Don’t rush: Take it at the dog’s speed. 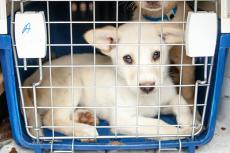 Crate Training 101: How To Train Your Dog 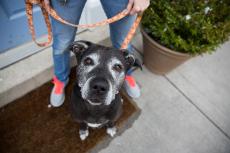 Leash Reactivity Training: How to Train Your Dog 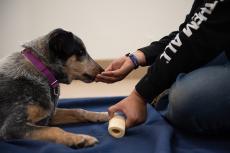 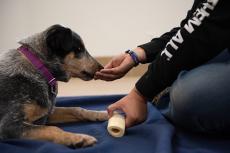 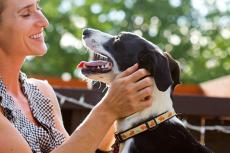