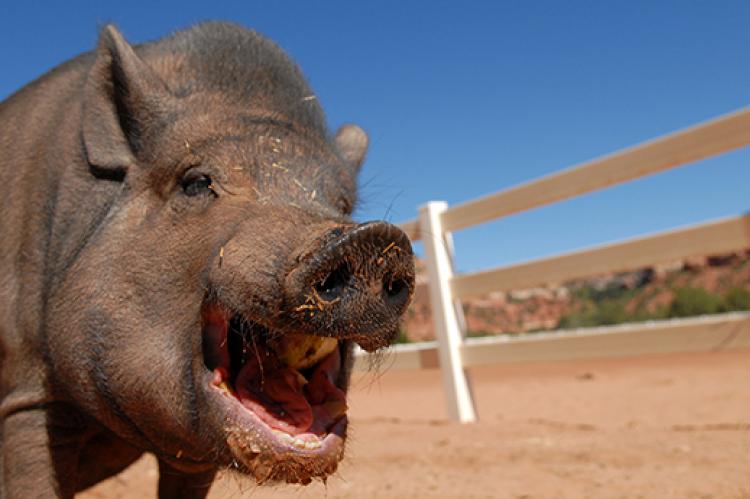 As with most every type of pet, potbellied pigs (also often referred to as pot belly pigs) need to be spayed or neutered, and there are a number of reasons why.

Reasons to spay a female pig

Females need to be spayed for three reasons. First, piglets are mighty cute, but they eventually grow up and there are already too many adult potbellied pigs without homes. People see adorable piglets and take them home without considering how much that little piglet will weigh eventually, how much work will be required to care for the pig properly, and how long they’ll have to take care of the pig (could be 15-20 years).

The second reason for spaying a female is to reduce the chance of aggressive behavior. Female pigs can exhibit aggressive behavior when they are in heat. And the final reason: Female pigs who are not spayed are extremely likely to develop uterine tumors at some point in their lives. Often, pigs who develop these tumors die from the tumors themselves or during surgery to remove the tumors.

Male pigs should be neutered for five reasons. The ﬁrst two are the same as the ﬁrst two reasons to spay females: (1) to prevent more homeless and unwanted pigs and (2) to reduce aggressive behavior. Males who are not castrated are much more likely to exhibit aggressive behavior toward other pigs and people. Un-neutered males might also become overly amorous with things like sofas and chairs. Protect your furniture – neuter your pig.

The third reason is that a neutered pig is less likely to have the desire to roam and will be more content to stay at home with his people. The fourth reason is that male pigs often develop testicular tumors if left unaltered. The final reason to castrate male pigs is because un-neutered males will have a strong musky odor.

One caution: Potbellied pigs are very sensitive to anesthesia, so surgery on them can be tricky. Any surgical procedure, including spaying or neutering, should be done by a veterinarian who is experienced in treating potbellied pigs and is comfortable with doing the surgery.

Cost of neutering a pig

The cost of spaying or neutering a potbellied pig can vary quite a lot, so we can’t give specific dollar amounts. How much you pay to fix your pig depends on a number of factors, including the age of the pig, the size of the pig, the pig’s body condition and, in older females, whether there are any tumors. We recommend talking to your pig vet about spay/neuter costs.

Overall, spay/neuter is a win-win for both your pets and you, so please spay or neuter your potbellied pigs! 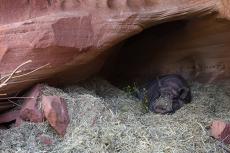 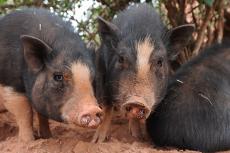 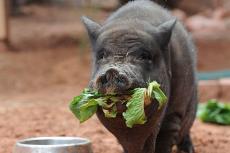 What to Feed a Potbellied Pig 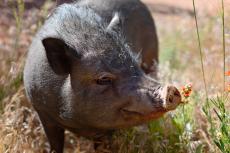 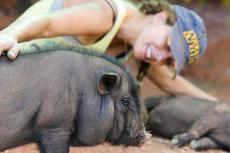