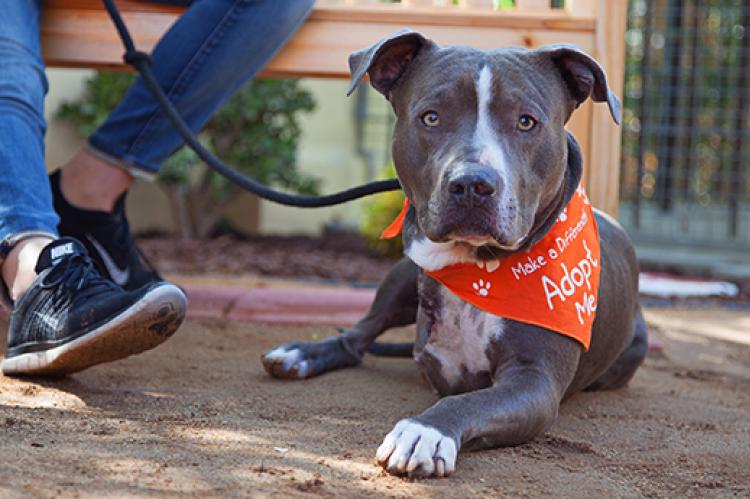 No-kill animal shelters are playing a leading role in ending animal homelessness in the U.S. This resource describes the problem of pet homelessness and the progress that’s been made, through the no-kill movement, to end the killing of pets in our nation’s shelters.

It’s not easy to think about the number of pets killed every year in our country’s animal shelters. It’s even harder to hear that many of these dogs and cats die not because they are sick or beyond rehabilitation or have behavior issues, but simply because shelters don’t have the resources to accommodate them.

But it’s important to talk about this tough subject. Talking spreads awareness and awareness can facilitate change. And change is what Best Friends Animal Society had in mind when we broke ground on our no-kill animal sanctuary in 1984. At that time, an estimated 17 million dogs and cats were killed in America’s shelters every year simply because they didn’t have homes. We wanted to stop this heart-wrenching practice and put an end to animal homelessness.

There are several types of shelters and organizations that house and care for owner-surrendered, abandoned and stray cats and dogs. While they may have slightly different purposes and different funding sources, most share the same mission of helping homeless pets. These pets aren’t necessarily unwanted; they have lost their homes for any number of reasons, and need a place to go. Here are a few details:

No-kill pet shelters and organizations only euthanize animals who are irremediably suffering and cannot be rehabilitated. They do not kill pets as a means of population control. The benchmark to achieving no-kill is when a community saves at least 90 percent of the homeless animals it takes in. In a no-kill community, shelters strive to not only find permanent homes for all the dogs and cats they take in, they also implement a variety of programs to reduce the number of pets coming in and to increase the number of pets leaving the shelter alive.

Shelters that have an open-admission policy accept all animals, even if they do not have room for them. Traditionally, open-admission shelters have managed the animal population in their facilities by killing animals if they run out of space. These days, some of these shelters manage their animal population through progressive programs (e.g., high-volume adoption, fostering) instead of killing.

The difference between shelter euthanasia and killing

It is impossible to discuss no-kill shelters without establishing how Best Friends defines the words “euthanasia” and “killing.” We firmly believe these two words have distinctly different meanings.

Best Friends defines euthanasia purely as an act of mercy. (Other groups sometimes use the term “mercy killing.”) We believe pet euthanasia should be reserved for situations when an animal is irremediably suffering and a veterinarian has determined the animal has no chance of recovering an acceptable quality of life, or the animal’s behavior doesn’t allow him/her to be a candidate for rehabilitation.

Conversely, if a healthy or otherwise treatable animal has his or her life ended simply to make space for other animals, or for some other reason (e.g., old age, special needs), we consider that animal to have been killed.

Every day more than 1,700 cats and dogs are killed in America’s shelters even though they could have made beloved family pets. That number doesn’t include approximately 2,000 who are euthanized each day for incurable illness or insurmountable behavior problems. Best Friends is working to lower that more than 1,700 statistic.

To reduce the number of homeless dogs and cats who end up in shelters, no-kill organizations, including Best Friends, implement a variety of methods, such as high-volume adoption programs and promotions, targeted spay/neuter programs, foster programs, kitten nurseries, collaboration with other rescue organizations and an effective community cat strategy. In fact, Best Friends pioneered a number of these methods. Some details about a few of them:

Not everyone agrees that no-kill is the answer, with some citing instances in which shelters have tried and failed to become no-kill. Another argument is that some shelters achieve no-kill status by only accepting what they consider adoptable animals. This definition of “adoptable” may exclude seniors, pets with treatable illnesses or animals with special needs. These naysayers say that this practice passes on to other shelters the challenge of caring for those “unadoptable” animals.

At Best Friends, we don’t believe that no-kill is based on what an individual shelter may or may not do. Rather, no-kill is achieved when an entire community, including all shelters, is saving at least 90 percent of pets in shelters. While there may be differences of opinion about the best way to end animal homelessness, Best Friends believes the ultimate goal for every animal lover, rescuer, advocate and shelter employee should be to see a day when no healthy or treatable animal is killed for lack of a home.

We’ve launched these initiatives dedicated to making the city of Los Angeles and the entire state of Utah no-kill:

Some types of pets (e.g., feral cats and pit-bull-terrier-like dogs) are dying in higher numbers in shelters than others, so Best Friends has created several national initiatives to help reduce the number of these animals entering and losing their lives in shelters.

While some community cats (also referred to as stray or feral cats) are friendly toward people, many are not and this puts them at great risk of being killed in shelters. To save these cats, our community cat initiatives promote the implementation of trap-neuter-return (TNR) programs. TNR involves trapping, sterilizing, vaccinating and returning community cats to the locations where they were originally found. This strategy not only reduces the population over time by preventing breeding, it also helps keep the cats safe and healthy. Best Friends and other organizations have had success in implementing TNR programs around the country.

Pit bull terriers are also at great risk of being killed in shelters. Because these dogs have become so popular, some people are overbreeding them. Others neglect to have their dogs spayed or neutered, resulting in unwanted litters. These two factors have led to an influx of pit-bull-terrier-like dogs in shelters. Another thing that puts pit bulls at risk is misguided laws in some communities that discriminate against certain breeds — often targeting pit bull terriers.

Best Friends believes that all dogs are individuals and should be treated as such. We fight breed discrimination across the country and aim to change the negative image of pit bull terriers. We work hard to get these misjudged dogs adopted into loving homes from our sanctuary and adoption centers. And through our pit bull terrier initiatives, we work with legislators and advocates to change laws that discriminate against dogs based on breed.

Promoting adoption of dogs, cats and other animals

One of the keys to achieving no-kill is promoting pet adoption, which Best Friends does in numerous ways, including running Best Friends Animal Sanctuary, the largest no-kill sanctuary for companion animals in the country; supporting our partners’ adoption efforts with national adoption promotions; and putting on super adoption events. We also operate four pet adoption centers via our regional programs:

Working together to save more pets' lives

Because Best Friends believes in a collaborative approach, we created and lead the Best Friends Network, which is made up of hundreds and hundreds of animal rescue organizations, spay/neuter groups and animal shelters around the country. These like-minded organizations work to reduce the number of homeless pets and create no-kill communities.

To help them with their efforts, Best Friends provides funding, marketing assistance and other forms of support. Network partners can participate in national adoption promotions, raise money for their organizations via our annual Strut Your Mutt walk and festival, and get discounts on registration fees for the Best Friends National Conference.

Currently, we have network partners in all 50 states, each of whom is bringing us closer to a day when there are no more homeless pets.

Find out more about the Best Friends Network

Leading the way to no-kill

Surprisingly, the concept of no-kill was a revolutionary idea in the early 1980s. Before that, it was common practice to kill animals when shelters ran out of room. People didn’t relate to homeless animals as sentient beings.

When we founded Best Friends Animal Sanctuary in 1984, our mission was to facilitate social change. We wanted to end the killing of dogs and cats in shelters, and bring about a time when there are No More Homeless Pets.

It may have started as a radical notion, but we soon found that we were not alone in believing that a nation of no-kill communities was possible. When we launched Best Friends magazine in 1992, it quickly became the largest general-interest animal publication in the U.S. and the voice of the no-kill movement.

While we were building our no-kill sanctuary, Rich Avanzino, who was then president of the San Francisco SPCA, began a campaign to make San Francisco a no-kill city. He accomplished that goal in 1994 and is widely regarded as the father of the no-kill movement.

Other notable milestones in the early days of the no-kill movement: New Hampshire launched the first statewide spay/neuter campaign in 1994; the first no-kill conference was held in Phoenix, Arizona, in 1995; and in 1999, Dave Duffield and his wife, Cheryl, established Maddie’s Fund, dedicating $300 million to promoting no-kill communities.

In 2000, Best Friends launched a program called No More Homeless Pets in Utah, with generous financial support provided by Maddie's Fund. The statewide program, now called No-Kill Utah (NKUT), is on track to make the entire state of Utah no-kill. And in 2012, we started No-Kill Los Angeles (NKLA), a Best Friends initiative to achieve no-kill in America’s second-largest city.

Where we are today

More than 35 years after the start of the no-kill movement, the number of dogs and cats being killed in shelters has been reduced from an estimated 17 million to around 625,000 annually. And no-kill communities have been established in cities and towns around the country. In fact, over 5,500 communities in the U.S. have achieved a 90 percent save rate and hundreds more are working tirelessly to get there.

Achieving no-kill nationwide is an ambitious goal — one that cannot be accomplished without the help and compassion of people willing to speak up, work together, and go the extra mile for homeless dogs and cats. We have seen incredible change over the last 35 years, but there is still more work to be done. We are confident that we can get there. We are confident that, working together, we can Save Them All.

Get involved: Volunteer with Best Friends or at a shelter near you

No-kill is within reach. Learn more about how Best Friends is working with you to make our country no-kill.

Find out more about no-kill at bestfriends.org 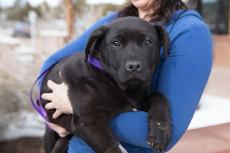 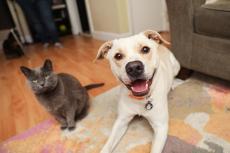 Keeping Your Pets Safe When You Foster

Animal Shelters and Rescues Partner to Save Pets 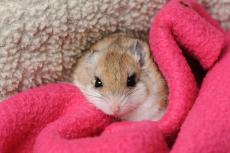 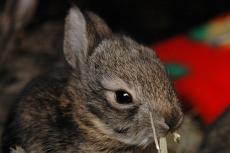