To deliver the services your community expects, you need to know the facts.

Facts: Studies show that TNR can actually save taxpayers money. A review of data from Hillsborough County Animal Services (HCAS) in Tampa, Florida, for example, found the cost to sterilize and vaccinate colony cats to be $65 per cat “as opposed to $168 for [HCAS] picking up, handling, and disposing of an animal.”1 This is similar to cost estimates from San José Animal Care and Services, in California, which reports a cost of approximately $72 per cat for “vaccinations against rabies and other common cat disease, flea treatment, ear treatment, microchip, and ear-tipping.”2 Estimates (unpublished) compiled from across the U.S. by researchers with the Alliance for Contraception in Cats & Dogs indicate less of a cost difference, but with TNR still more economical (about $20–$97 per cat) than the traditional impoundment and lethal injection (about $52–$123 per cat).

Dr. Donna M. Alexander, administrator for Cook County (Illinois) Animal and Rabies Control, has testified in court that “prior to adoption of the TNR programs, local municipalities were trapping and euthanizing approximately 500 to 600 feral cats per year, at a cost to taxpayers of about $135 per cat.” Implementation of the county’s TNR program, then about five or six years old, “had saved the county over $1.5 million, primarily resulting from having fewer feral cats to euthanize.”3

Facts: A well-run TNR program generally reduces nuisance complaints — sometimes dramatically.[a] Summarizing their review of the relevant research, the authors of a 2013 report from the Alliance for Contraception in Cats & Dogs write: “Credible studies indicate that neutering reduces urine spraying and roaming in search of mates by male cats, and spaying eliminates estrous-associated behaviors in female cats, including aggression, vocalization and perhaps efforts to escape outdoors in order to mate.”4

Fiction: Residents are opposed to TNR for managing the unowned, free-roaming cats in their neighborhood.

Results of a 2006 survey commissioned by Alley Cat Allies found that 81 percent of respondents thought “leaving [a] cat where it is outside” was more humane for the cat, compared to the alternative of “having the cat caught and then put down” (14 percent).6 When respondents were asked the same question — but told to assume the cat would die two years later after being hit by a car — the support for “leaving the cat” remained strong, at 72 percent (with 21 percent preferring to have the cat caught and euthanized). The same questions were asked in two subsequent surveys, and the results again indicated a strong preference (e.g., 73–86 percent of respondents for the first question) for “leaving the cat where it is outside.”7,8 Such attitudes are in line with the results of a 2011 national survey in which just 25 percent of respondents agreed that animal shelters “should be allowed to euthanize animals as a necessary way of controlling the population of animals.”9 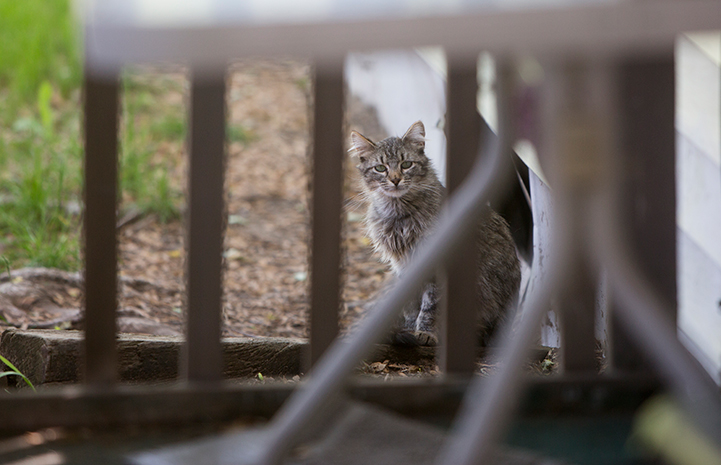 Facts: The science is quite clear: There are only two ways proven to reduce, and eventually eliminate, a population of free-roaming cats: (1) intensive TNR efforts or (2) intensive eradication efforts, such as those done using poison, disease, lethal trapping, and hunting on small oceanic islands.10,11 Given the horrendous methods employed — and costs that can exceed $100,000 per square mile12 — eradication is a non-starter in the U.S. The only fiscally sound option, then, is TNR. Arguments about the limitations of its effectiveness, the alleged impact of outdoor cats on the environment and so forth largely miss the point. In the vast majority of instances, TNR is simply the best option available to humanely reduce the outdoor cat population and any related nuisance complaints.

[a] For additional information, visit this section of our library for resources such as “How TNR Reduces Nuisance Complaints: What the Research Tells Us.”