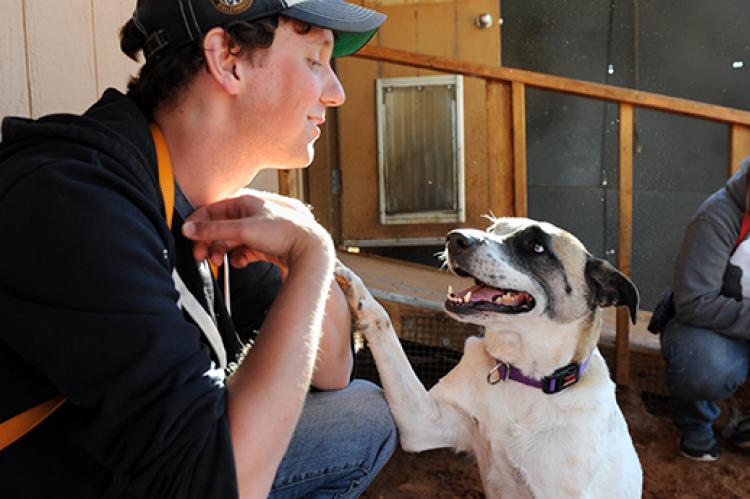 Some dogs will sustain an injury on a paw and then continue to lick that or a nearby area, usually on the front part of the carpus (wrist), over and over again until a large, hairless, inflamed area develops.

Signs of a healthy dog

This is called a lick granuloma — or acral lick dermatitis — and the exact cause is debated. Some believe it is a self-soothing behavior in response to anxiety or boredom. Other causes can be an injury or sore, or arthritis or joint pain, that then becomes somewhat of a chronic obsession.

Another root cause can be atopic dermatitis, an inflammatory, chronic skin disease caused by an allergic reaction (hypersensitivity) to one or more substances in the environment. It’s the second most common allergic skin disease in dogs. The symptoms usually start when the dog is between one and five years old.

Various substances, called allergens, can trigger atopic dermatitis. They are often the same allergens implicated in human allergic conditions, such as hay fever, and are often harmless substances in the environment, like grass, mold spores and house dust mites. This condition can manifest in several different ways, but one of the classic signs is itching. The skin can be generally itchy all over, or it can affect certain regions, primarily the face, ears and feet.

Diagnosis of atopic dermatitis is based on clinical observations and physical examination by a veterinarian, as well as by ruling out other causes of allergies, primarily parasites and food. To rule out parasites, a full body exam for fleas, lice or mites should be performed. In addition, a blood panel, fecal test and urinalysis should be done to make sure there are no underlying diseases, such as a low thyroid level, that might be contributing to the problem.

To rule out an allergy to a specific food ingredient or protein, an appropriate “elimination diet” can be selected. Your veterinarian will want a complete medical history, including a thorough history of what foods and treats your pet has eaten (including table scraps and chew toys with food flavorings). An elimination diet will contain a new protein and carbohydrate source, meaning that your dog has not eaten this protein in the past. You must feed only the prescribed diet for the required period of time.

If your vet diagnoses atopic dermatitis and the dog isn’t responding to traditional treatment, allergy testing may be considered. There are two types of allergy tests. Intradermal allergy testing is similar to the test used in humans. After clipping the hair, very small injections of approximately 60 allergens are made into the skin on one side of the dog’s body, while under sedation. Though often referred to as the “gold standard,” this test does involve some subjective interpretation and has been found to be less than 100 percent reliable, especially when reactions are not particularly strong.

The second type of test is blood allergy testing. This test attempts to measure antibody levels that your pet has formed against particular allergens. Because this test is not always accurate, it’s best to discuss with your vet the pros, cons and costs for each type of testing.

Once a diagnosis has been established, your vet can prescribe a treatment plan. It is important to recognize that atopic dermatitis can often be managed but not necessarily cured. Also, some dogs respond to certain medications better than others, so you will need to work closely with your vet to determine the most effective treatment plan. The following treatments may be used alone or in combination, again depending on severity and individual response to treatment.

Apoquel, Atopica, fatty acid supplements, prednisone or other medications such as antihistamines can be very effective in reducing itching. Apoquel and Atopica are the only FDA-approved non-steroidal drugs for the management of canine atopic dermatitis.

Because Apoquel was approved fairly recently, its long-term effects are not fully known. The most common seen are vomiting and diarrhea, lack of appetite and lethargy. Potential effects can include increased susceptibility to infection or skin disorders, as well as the possibility of certain types of cancer as a result of suppressing the immune system. (These side effects are generally very rare, but you will want to discuss this with your veterinarian.)

Medicated shampoos and conditioners can help. Bathing removes the allergens that may adhere to the surface of the skin, and the medicated ingredients help to reduce itching and control secondary infections. Using lukewarm water soothes the skin to reduce itching.

Sometimes a hypoallergenic diet is combined with the above therapies if multiple allergies — environmental and food — are identified. 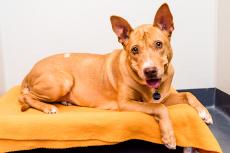 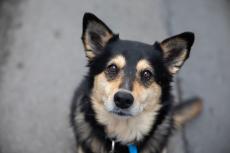 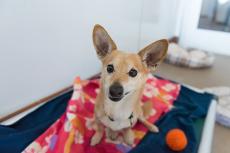 Ear Problems in Dogs and Cats 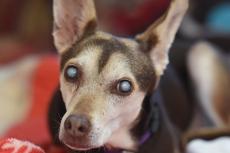 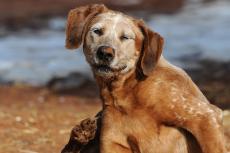